All other employees, including the lowest paid ones, are required to submit signed employment applications in which they must certify that the information they provide about themselves is true and accurate.

Employment screening services firm HireRight’s 2017 employment screening benchmark report states that 85% of resumes submitted contained outright lies, up from 66% just five years earlier.  Employers protect themselves against such dishonest people by having job applicants certify on a a formal job application that the information they have provided is “true and complete” (or similar language).

Applicants for jobs at HART (Hillsborough Area Regional Transit) must “certify that all information I have provided to HART in support of my application for employment is true and accurate.” Applicants for jobs at PSTA must agree that if PSTA “discovers at any time that I [the job applicant] failed to completely and honestly provide any information” on the job application, they may be terminated.

Such language provides legal protection for employers to fire employees who lied on their employment applications. That’s why the statements are on the applications to begin with, and why every applicant for a job at HART or PSTA has to fill one out.

Every applicant, that is, except the $200,000+ per year CEO:s of these tax dollar funded transit agencies. There also appear to be no procedures for verifying educational, job experience, or other claims that prospective CEO:s make during the hiring process.

HART and PSTA each have an annual budget in excess of $120+ million .

We asked PSTA for “the procedure which PSTA uses, before or after offering employment to executive level employees, to verify the the accuracy of information (degree verification, employment verification, etc.) submitted by said persons.” No such procedures exist.

We sent HART’s Chief of Policy and Performance Lena Petit questions about executive hiring at HART a full two weeks before publication of this article. Petit confirmed receipt of our questions and said she would “share it with the staff who are best suited to answer your questions.” 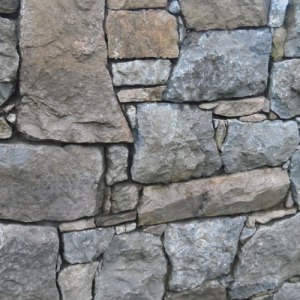 One of the questions we asked HART was what “education and prior experience verification does HART perform on applicants who are selected for executive level positions before HART actually hires them.”

We never received a response from HART to any of our questions. No such verification procedures exist at PSTA, and given HART’s stonewalling, we are going to assume that they don’t exist at HART, either.

Such verification is important, as other Florida public agencies have found. When tax dollars are spent, hiring people who misrepresent their credentials can be very embarrassing if discovered. It may also create legal liabilities for those agencies.

In 2018, Alachua County hired Lacey Ekberg as its tourism director for $75,000 a year plus benefits. In her employment application, Ekberg claimed to have earned two bachelor’s degrees: one in “Business Law” from the University of California, Berkeley, and another one in marketing from Boise State University.

However, our investigation found that Ekberg had neither. National Student Clearinghouse, the degree verification service designated by both schools, could not confirm either degree. Boise State confirmed that Ekberg attended their school for one semester in 1983.

Ekberg’s deception towards Alachua County did not stop there. Ekberg also never left her job as tourism director in Switzerland County, IN, after starting her new Alachua County job. Ekberg told her Indiana public agency employer that she would be working “off-site,” while actually employed in her new job in Alachua County.

Meeting minutes from April 16, 2018, the same day Ekberg started her employment in Alachua County, show that Ekberg told her Indiana employer that “she plans to return as soon as she can.” Such dual employment is not only an egregious breach of trust, it is also a violation of  Alachua County policy 4-8, which Ekberg had agreed in writing to abide by.

Ekberg is not the only resume falsifier to be hired by Florida public agencies for top spots. Dale Brill falsely claimed to have an MBA from Wake Forest University. Brill also falsified certain dates to conceal time scandalous past in Hickory, NC.

Brill was able to secure employment with Florida State University and Visit Florida before being appointed by then Florida governor Charlie Crist as the Director of the State Office of Tourism, Trade and Economic Development.

Ekberg’s and Brill’s cases are not isolated cases. The facts in their cases show there is every reason to make job applicants certify whatever claims they make to their prospective employer, and also to verify their claims if employment is going to be offered.

Yet while job applicants applying for the lowest paid jobs at PSTA and HART are held to their claims on pain of firing, the CEO:s of these agencies do not have their feet held to that same Fire of Truth. How do we know they are telling the truth about their background when they lie about

As always….the Guardian reports and our readers decide. Like our Facebook page to find out when we publish articles.