One day before the election, the executive assistant to Manatee County Supervisor of Elections Michael Bennett claimed that contacting voters using publicly available information is “misuse of voter registration data”.  The executive assistant, Debbie Scott, cited no law in making her assertion.

Scott made her claim in response to a complaint from a citizen who had received an e-mail from “No Sales Tax Hikes”. This grassroots citizens group advocates against two sales taxes on the ballots of all Manatee County voters. More on the two sides advocating for and against these taxes HERE. 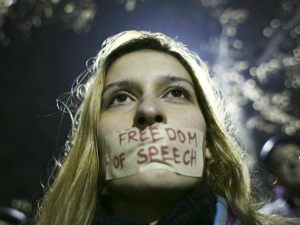 Scott also suggested that the citizen, Matthew Sandle, should “express your displeasure” to No Sales Tax Hikes about their “misuse of voter registration data”. By falsely suggesting “misuse” by the group, Scott may have violated Florida Statutes §104.31. That statute prohibits government employees from using their “official authority or influence for the purpose of interfering with an election”.

Scott’s e-mail can be seen here.

Political speech is protected constitutionally free speech – no law can prohibit anyone from using public voter registration data to contact voters. Almost all candidates rely on such data to send mailers, make robocalls and send e-mails to voters.

Bennett’s answer suggests that has no interest in disclosing the “where and how” the ballot question error arose. Bennett, a former 12-year Republican state lawmaker, was elected in a landslide in 2012 and faced no opposition for re-election this year.

“This is just another example of why Michael Bennett is unfit to be our Supervisor of Elections”, said Linda Neely, spokesperson for No Sales Tax Hikes. “Leadership starts at the top, and his lack of a fundamental commitment to free speech reveals itself in the actions of his staff. As it did in this case.”

“I have previously walked into this very same elections office and found ballots unattended by any of his staff. The room was empty”, said Neely. “I could have walked out with them and shredded them. When I expressed my concerns about the lack of a chain of custody, Bennett shouted “what is your problem” to me”.

“Also, the Supervisor of Elections office is siding with proponents of these tax hikes”, Neely said. “That is completely unacceptable.”

We would have reached out to Bennett or his office with questions about this matter, but they have not responded to requests for comments in the past. As per our policy, we then do not seek comment again. However, we will update this article should his agency have any comments for publication.

As always, the Guardian reports and the readers decide. Please like our Facebook page to find out when we publish new stories.