After voting to levy a 0.5 mill tax last night, the Pinellas Suncoast Fire Distict (PSFRD) board today gave notice that they will reverse themselves tomorrow. No millage rate tax will be levied after all, only the previously levied flat tax of $260 per home.

The PSFRD board’s decision came just hours after property appraiser Mike Twitty filed an emergency motion seeking clarification from the judge who struck down the millage levy.  In his decision, judge St. Arnold said “this court concludes that defendant has engaged in the type of ‘advantageous but misleading wordsmithing’ that has been condemned and rejected by the Florida Supreme Court.”

By voting to levy the tax struck down by the court, PSFRD opened the door for property appraiser Mike Twitty to intervene. In his court filing, Twitty argued to the court that PSFRD’s action last night “creates a bona fide doubt as to the Property Appraiser’s legal obligations, and raises an actual, present and practical need for clarification as to the Property Appraiser’s authority (or duty) to list PSFRD’s millage rate on the 2017 tax roll.”

In other words: had the PSFRD not voted to levy the tax, Twitty would not have been able to intervene. It seems that it was a trap from the outset.

Amanda Coffey, an attorney representing Mike Twitty, filed the emergency motion. A few days earlier, Coffey had stated that “if the mill is adopted and certified to the Property Appraiser, we will review options at that point as to how best to proceed in resolving the conflict between the levy and the court order.”

It now seems that the “best” option for the property appraiser’s office was “check mate” after an unwise move by PSFRD. 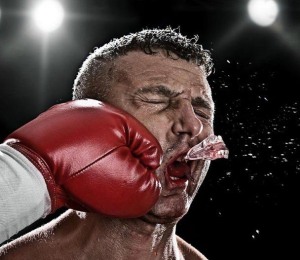 The district reportedly already spent $253,000 on creating and defending the referendum, only to have it struck down by the court. The district fared no better when it sued Pinellas County, demanding $5.2 million.  The district got zero.

PSFRD has been troubled for years. In 2006, it even asked the county “absorb it”, meaning that the district would be dissolved.

It remains to be seen if PSFRD appeals the ruling striking down the referendum, seeks a new referendum or starts looking for cost savings. With the amount of money this fire district with a $6 million per year budget has spent on legal fees, all the while while losing, spending even more is a decision that it  should not take lightly.

As always….the Guardian reports and our readers decide. Like our Facebook page to find out when we publish new stories.