St. Pete deputy mayor Kanika Tomalin alleged last weekend on Facebook that she was “blatantly racially profiled” in Misred, a downtown St. Pete store located in the 600 block of Central Avenue. The store is owned by Rick Baker supporter Sara Stonecipher, and Baker is mayor Kriseman’s opponent in the November mayoral election. All this was reported by the Tampa Bay Times in an article yesterday evening.

First,  the personal land mine. The essay was posted at 9:24 A.M. today, a work-day for Tomalin, as confirmed to the Guardian by her assistant. The city’s own “Rules & Regulations of the Personnel Management System” prohibits “conducting personal business during work period.” The recommended punishment for a first-time violator is a “written warning documented on employee notice.”

Was this incident a personal matter, a city matter, or both? Questions to Tomalin and city communications director Ben Kirby remained unanswered at the time of publication.

Now for the political land mine: in her essay, Tomalin wrote about the incident, the response to it, and spoke about “upcoming community activities that address racial reconciliation and our goal of standing as a compassionate city.” Either Tomalin is suggesting that “racial reconciliation” is needed because of this incident involving her, or she is suggesting that “racial reconciliation” is needed in general, despite her boss mayor Kriseman having been mayor for 3 1/2 years now. Neither interpretation is likely to impel more people to vote for Kriseman on November 7th. In fact, her actions may have the opposite effect.

Tomalin’s use of the terms “our goal” and “city” on her deputy mayor Facebook page also suggest that the city is organizing or endorsing the “community activities” announced in her essay.

There is also a third land mine – a legal land mine. By asserting in official city communications that she was racially profiled, in a way that suggests there are no two ways about it, Tomalin exposes the city to legal liability. 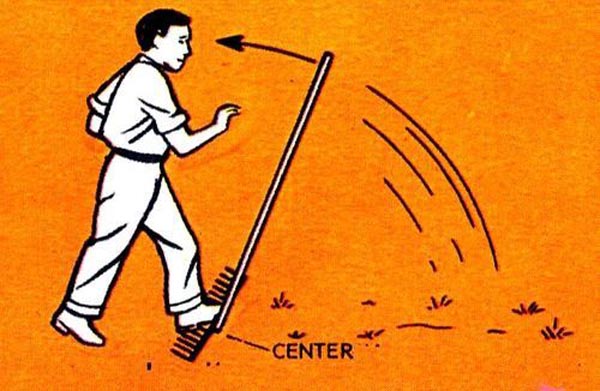 Tomalin’s posting of this essay may have been requested or ordered and/or approved by mayor Kriseman, who is an attorney by profession (Tomalin is not). Posting it on her deputy mayor Facebook page, and not on her personal Facebook page, is a rookie unforced error which may cost Kriseman the election.

The Tampa Bay Times wrote about and published Tomalin’s essay this morning shortly after she posted it. Their article asked no questions about her actions and statements.

Update at 4:55 P.M. – we reached city communications director Ben Kirby at 3:37 P.M. After asserting that Tomalin’s post is city business, Kirby asked to “call you right back.” He didn’t, so we texted him just before 5 P.M. to say we were still waiting for him to call us “right back.” Kirby responded “no comment.”

As always….the Guardian reports and the readers decide. Please like our Facebook page to find out when we publish new stories.